This past week Mid Atlantic Community Church team members have been working hard painting all the classrooms at New Perspectives Academy and building a new 8th grade classroom at the orphanage! They also began building a chicken coop at the new property.

The ladies spent hours making sure the paint job was done perfectly and even had some sweet helpers along the way! I love to see the girls and Micheal join in on projects at the orphanage. They learn so much by doing and what a great lesson they are learning to take pride in their home and school. 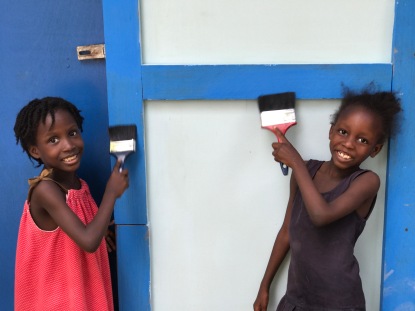 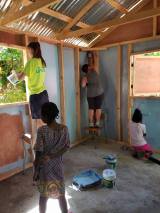 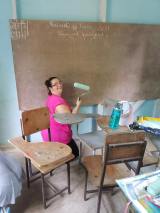 The men worked in record speed and completed the new 8th grade class room in three days! They also had the most adorable helpers in Jacmel! 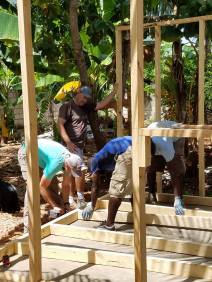 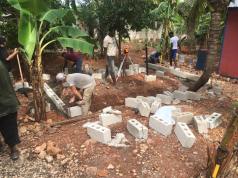 In order to build the 8th grade classroom Chase had to move all of the chickens to the new property. Which means… construction has officially, uh kind of, started! 😉 Even if it is to build a house for a bunch of birds. 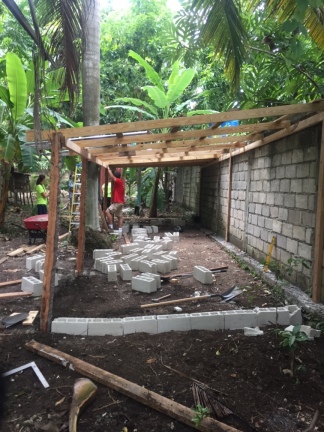 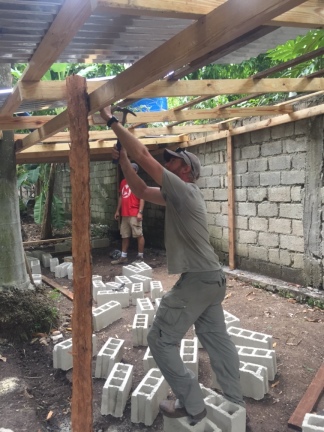 And last, but not least, these sweet girls began an impromptu praise and worship season while painting! Video credits to Carrie. Be still my heart! They are singing “Greatly to be Praised.”